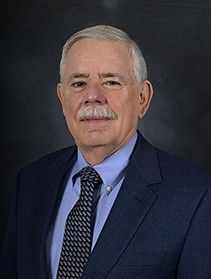 [Caveat: This site is still under construction. I intend to upload more publications and related data files.]

Politologist is a synomym for "political scientist." I see no reason why the study of politics should not be called politology. Many other academic disciplines, anthropology, biology, psychology, sociology, theology, zoology, etc., employ the “ology” suffix, derived from the Greek, to signify a subject of study. In Spanish, the word used is politología, and its practitioner as politólogo; in English, politologist.

The primary purpose of politologist.com is to collect and preserve in one place the many strands of my (mostly) scholarly writings for whatever value they may offer to students, scholars, and others with an interest in the subjects into which I continue to inquire after more than half a century of formal study. Here are collected articles, essays, OP-Eds authored or co-authored, mostly as a member of the faculty at The University of West Florida, in Pensacola.

I am very fond of UWF. founded in 1963. This is why I have adopted its colors, blue and green, as well as a version of its logo, the nautilus. A photo of one entrance to the campus is posted below this introduction. Next to it, on the far right, is a photo of me with a colleague and friend, David S. Myers, of happy memory, with Building 50, where the Department of Goverment offices are located, in the background. Also there, on the far left is a photo of Woodburn Hall that I took in the fall of 2005 on a visit to Indiana University. I earned a Ph.D. in political science at IU in 1975, and Woodburn Hall is where the department is housed. There I took courses from several professors, including Vincent and Elinor Ostrom (who introduced me to the work of Gordon Tullock), John Gillespie, Alfred Diamant, and David Collier (the director of my dissertation). Also on the committee were Diamant, Gillespie, and James Witte, the outside member, an economist. All but Collier (who not long after my graduation moved to UC Berkeley) are deceased. Another early influence was Charles W. Anderson, who was not at IU but at the University of Wisconsin, Madison. I don't think that his book on Latin American politics was required reading for a class; I just read it, probably in  preparation for my dissertation. Years later, I met Charlie in Pensacola, where he had retired. We would go to lunch periodically to discuss various topics, mostly in political theory, a subject to which he had migrated intellectually, the study of Latin America having become too hot for a moderate liberal like himself. He, too, is deceased. Another supporting correspondent was James L. Busey. His Notes on Costa Rican Democracy had intrigued me enough to wanted to study it. I wrote him before departing for Central America and, like Charlie, he graciously wrote me back. That was the beginning of decades of written communication. I met him only twice, at conferences. Like so many others, he's gone. I will have more to say by way of an intellectual autobiography elsewhere in this site.

Next to Woodburn Hall is a photo of the Johan Skytte Institute of Political Studies at the University of Tartu, Tartu, Estonia. There, on a Fulbright Fellowship, I spent the first half of 2016 teaching American Politics and Latin American politics. Also, I had the privilege to engage Professor Rein Taagepera, a distinguished politologist and the recipient of many prizes for his contributions to the discipline, whose life is an epic story. Two other Fulbrighters were in Tartu at the same time, Charles Kroncke, an economist, and Ben Maegi, a historian. They made the experience all the more enriching. Sadly, Ben died prematurely two years later. Also, I would be remiss if I didn’t mention the warm collegiality and solicitude shown me and my wife by Vello Pettai and his wife, Eva Clarita, both on the faculty at the Johan Skytte Institute.

Along the right-hand panel of this and the following pages are images of thinkers, ancient and modern, from whose books or essays, listed after their names, I have learned much. As this website develops, I plan to add more influences, including autobiographies, biographies, and novels which I found enlightening or pleasurable in some way. I list all these references in the hope that some student or younger scholar may be intrigued enough by any of them to check them out and get as much out of them as I did.

An intellectual autobiography is found here.

Aristotle
*The Politics* and *The Nicomachean Ethics*

Plato.
*The Republic, The Apology of Socrates, The Crito.*

Xenophon
*The Education of Cyrus, The Hiero.*

Cicero
*On Friendship, On Old Age.*